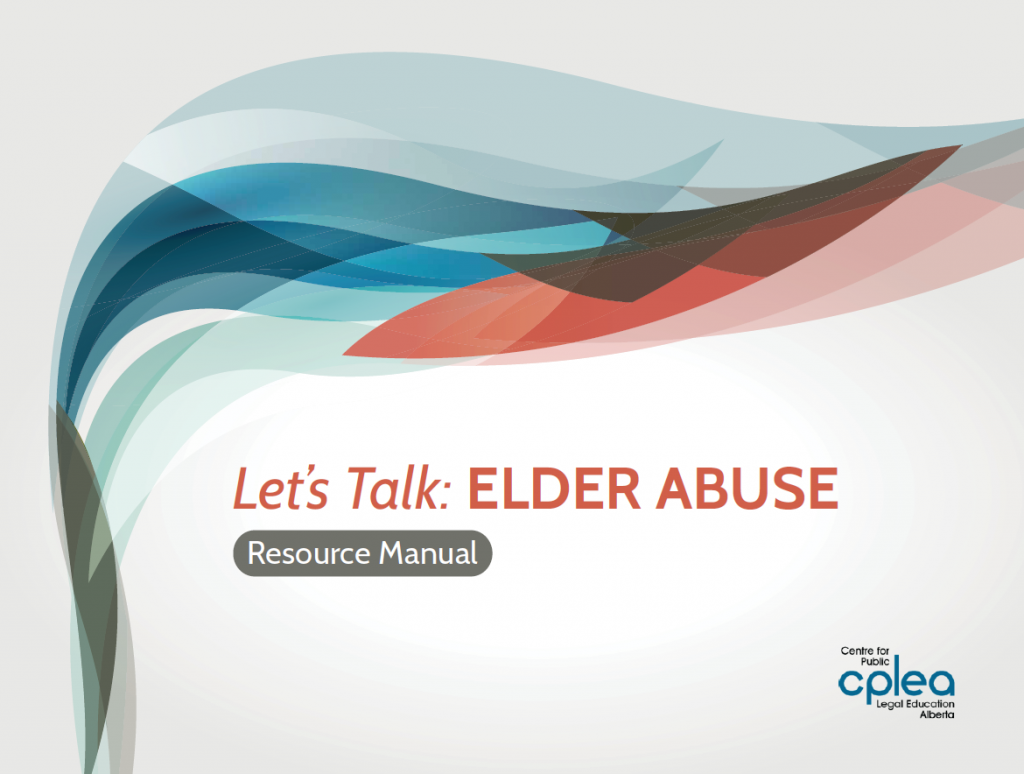 CPLEA is participating at the 2015 World Elder Abuse Awareness Day Proclamation Event at City
Hall today, June 15.
We are showcasing new resource materials (English and French) on how readily available legal tools can be used to discourage elder abuse. These legal documents include enduring powers of attorney, personal directives, guardianship and trusteeship.
The new resource materials include the Resource Manuals and eight short information sheets available for preview and download at: http://www.cplea.ca/publications/elderabuse/
These resource materials are part of a CPLEA project, Let’s Talk: Elder Abuse funded by Employment and Social Development Canada.

This morning on the news, we heard the sad news of yet another older adult being financially and emotionally abused.
As the baby boomers age, fertility rates decrease and life expectancy increases, Canada is becoming an ‘older’ country. According to Statistics Canada, the number of Canadians aged 55 and older will rise from 27% in 2011 to 35% in 2031. In addition, a growing number of those over 55 are reporting that they are the victims of abuse. In 2007, Statistics Canada reported that the overall rate of police-reported violence against seniors increased by 20 per cent between 1998 and 2005.
Elder abuse can take various forms, including financial abuse, physical abuse, psychological abuse, medication abuse and neglect. It can be perpetrated by various people:  today’s story was about a stranger turned employee, but often, it is done by a family member.
So what can be done? Although elder abuse is never a victim’s fault (the fault lies with the abuser), there are steps that older adults can take to try to prevent or to help stop abuse. A key factor in keeping able to take these steps is understanding how the law can help. Everyone has the right to know about the law and how it affects them. To know about the law is not a luxury. It is only when people know about the law that they are able to use it protect themselves and others. While our legal system alone cannot completely stop elder abuse, it is a valuable component of any strategy to stop abuse.
At CPLEA, we have various resources that can help.

And we are developing more resources. We are currently working workshop materials to address how the law can be used to help prevent and stop abuse. Check back with us next spring.
Although elder abuse is not a pleasant topic, if we want to maximize the chances of our aging well it is certainly one worth learning about.