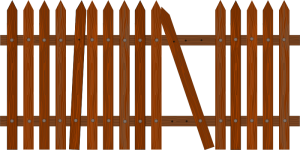 Here at CPLEA, we get a lot of what we call “neighbour” queries. You know the kind: “his tree hangs over my fence and now I have rotting apples on my lawn”, “she painted the fence bright orange without asking me first”, “they throw their snow onto my driveway”. So, we have decided to turn some of the best of those questions into a group of blog posts we’ve called the “Neighbour Series”. This is the first post of that series.
Before delving into individual topics, we must first examine the legal backdrop.
The laws often behind neighbour issues
Every single day citizens across the province deal with dozens of neighbourhood-related (or “municipal”) legal issues in their communities. Some of these issues are common occurrences, like dealing with a parking ticket, but others are a bit more unusual like, say, the regulations surrounding the sale of elm trees. But what laws govern these neighbourhood-related legal issues? And where do these laws come from?
Although the exact laws that govern will depend on the particular issue, and although federal or provincial laws may play a role, many neighbour- and neighourhood-related issues are covered in laws called municipal bylaws.
Where do bylaws come from?
In Canada, all of our laws come from two sources: the royal prerogative and statutory authority.

Every municipality also has a bylaw that deals with nuisance properties. In Calgary, see Bylaw 5M2004. In Edmonton, see the Community Standards Bylaw (#14600).  For questions about the bylaws in other municipalities, contact your local bylaw services office or local government office.  For more information on legislation that affects landlords and tenants in Alberta, see Legislation.

The Constitution Act, 1867 divides up law-making between the federal parliament and the provincial legislatures. Under section 92 of this Act, provincial legislatures have the exclusive power to make laws concerning municipalities. However, provinces across the country have delegated this power to the individual municipalities. Hence municipal law (called “bylaws”).
In Alberta, the ability for municipalities to make bylaws has been cemented in statute in the Municipal Government Act. This Act “authorizes cities, such as Edmonton, to create and enforce bylaws to maintain the health, safety and wellness of the community”.
Bylaws take various forms and can cover a wide variety of areas. Common examples include such things as animal control, smoking bylaws, noise bylaws and the issuing of licences and permits for businesses. Bylaws will not concern things that are criminal because criminal matters are under the sole jurisdiction of the federal parliament.
Who enforces bylaws?
Bylaws can be enforced by traditional police services such as the RCMP, city police or by peace officers that are employed to specifically enforce bylaws.
In Edmonton, for example, bylaw enforcement is divided into three main groups:
1. General Enforcement

2. Animal Care and Control. These sworn peace officers deal specifically with the bylaw that makes owners responsible for their pet’s actions, helps return lost pets to their owners, and ensures pets are a positive addition to the community. They also: educate, provide advice, mediate neighbour disputes, patrol for stray animals, help deal with loose livestock and wildlife in city limits, write tickets and lay charges that require a pet owner to appear in court.
3. Parking Enforcement. These officers provide foot patrol, marked car patrol and special event services to ensure public safety, and they even offer businesses, apartment and condo managers, and other agencies a way to conduct parking enforcement on private property
In general, the power for municipalities to enforce bylaws comes from the power that was granted to them through the wording in their specific statute, or through the power to enforce conferred from the Municipal Government Act. It can also come from the Solicitor General as is the case with Edmonton’s Community Standards Peace Officers. These groups have the power to enforce bylaws on private property within the city, as well as on public property in the city like roads and green space
What can happen if you don’t follow a bylaw?
If you fail to follow a bylaw then you can suffer a fine or penalty. Section 7(i)(ii) of Alberta’s Municipal Government Act states that a person who violates a bylaw is liable to pay a fine not exceeding $10,000.00. In extreme circumstances, non-payment of a fine can also result in jail time of up to 12 months.
This is a guest post by Cameron Mitchell, a third year law student who is volunteering with the Centre for Public Legal Education Alberta.

The Centre for Public Legal Education respectfully acknowledges that we are located across Treaty 4, 6, 7, 8 and 10 territories, and respects the histories, languages, and cultures of First Nations, Métis, Inuit, and all First Peoples of Canada, whose presence continues to enrich our vibrant community.

Our office is closed to the public until further notice as a result of the Covid-19 pandemic. If you need to reach us please call 780-451-8764 (you will have to leave a message) or email info@cplea.ca
Sign up for our monthly newsletter!