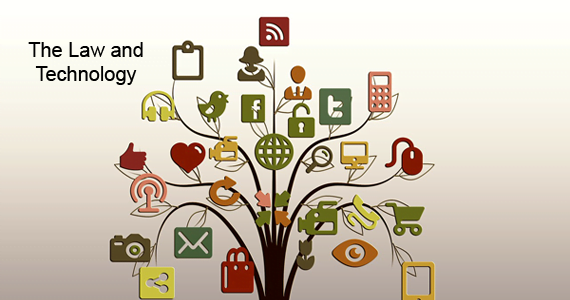 In legal situations, technology can deliver the best of times or the worst of times: it all depends on how it is used.

Featured Articles: The Law and Technology

Technology is Transforming the Practice of Criminal Law
Charles Davison
The practice of criminal law has changed significantly over recent decades as a result of the amazing developments in technology.

Social Media and the Law
Brian Vail QC
When people work on a computer alone in a room they can fail to appreciate that they are communicating with the world.

Organizations Need to Build CASLs
Teresa Mitchell and Lesley Conley
Canadian businesses, charities and not-for-profit organizations need to pay attention to Canada’s new anti-spam law.
Porter Airlines: A case study in CASL
Martin Kratz QC
The Porter Airline case gives us insight as to how the CRTC will apply CASL.
R. v Fearon: Can Police Search a Cellphone upon Arrest?
Christine Chong
The Ontario Court of Appeal ruled that if your cellphone is not locked or password-protected, it can be used as a powerful tool to uncover evidence against you.
Some Observations about Evidence in the Electronic Age
Shaun Fluker
The capabilities of the Internet is affecting how we make and practice law.

Concussions, Case Law and the CFL
Jon Heshka
It was only a matter of time until the CFL would be named in a concussion class action suit. That time has come.
Using Waiver Agreements in Sport: Do They Work?
Rachel Corbett
The use of waivers raises many ethical and moral questions, and the answers can be hard to find.
What Should Organizations Do When Athletes Behave Badly?
Jessica Geense
Universities and other organizations need to have policies and codes of conduct in place to deal with athlete misconduct.

Viewpoint
This issue marks the 40th year of publication for LawNow. We are celebrating!
Bench Press
Bhasin v Hrynew – An Innovative Expansion of the Common Law Doctrine of Good Faith
Olugbenga Shoyele

Is your registered charity or not-for-profit ready for the Canada’s Anti-Spam Legislation (CASL)? Many organizations are concerned about ensuring they comply with the new legislation. Luckily, new resources from CPLEA can help!
CASL stands for Canada’s Anti-Spam legislation. This anagram is the unofficial name for a new law recently passed by the Parliament of Canada. The official name of the law is “An Act to promote the efficiency and adaptability of the Canadian economy by regulating certain activities that discourage reliance on electronic means of carrying out commercial activities, and to amend the Canadian Radio-television and Telecommunications Commission Act, the Competition Act, the Personal Information Protection and Electronic Documents Act and the Telecommunications Act (“The Act“).
CASL comes into force on July 1, 2014. Because it is a federal law, it will apply to not-for-profit organizations and registered charities across Canada.
CPLEA has created new FAQs and resources to help registered charities and not-for-profits understand and comply with CASL. Check out the website to for information on:

While the unofficial title of the Act targets spam, it is actually much broader in scope. CASL deals with commercial electronic messages (CEMs) and it regulates a broad range of activities including:

Registered charities and not-for-profit organizations may discover that many of the communication tools that they have routinely used over many years will now be subject to the provisions of this Act. The new information and resources from CPLEA will help organizations prepare and cope with the coming changes.

Do you work with youth? Do they have questions about renting? Attend this free webinar! 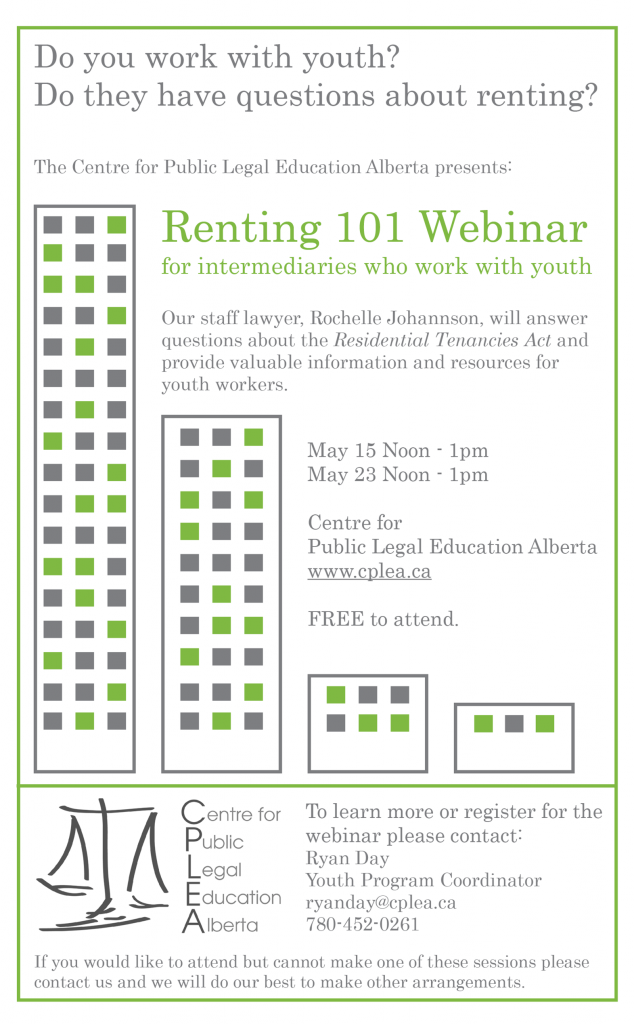 I was looking for connections between science and the law when I stumbled upon the very interesting (and probably a little controversial) topic of genetically modified organisms. Here’s what I found…
The Harvard Mouse
The Harvard mouse is considered a landmark case because it’s an example of the limits of our patent laws. In Canada genes, individual cells, and microorganisms have been granted patents since the 1980s, However, something as complex as a mammal had not.
Harvard College created a process to insert a cancer causing gene in mice for research. They sought a patent for the process and the product (the mouse). The Americans allowed the patent but Canada was different. In 2002 the Canadian Supreme Court’s interpretation of the word invention made a higher life form , like a mouse, unpatentable.  Canada became the first major jurisdiction to refuse to recognize the patentability of higher life forms.  [Harvard College v. Canada (Commissioner of Patents), 2002 SCC 76, [2002] 4 S.C.R. 45]

Monsanto Canada Inc.v. Schmeiser (SCC, 2004).
Just two years after the Harvard Mouse case came another important lawsuit. Since the 1980s, Canada has allowed the patenting of genes and individual cells (but not higher life forms).  Crops like genetically modified canola have been patented. This means that if farmers want to grow them, they must pay the company that owns the patent.
One concern with genetically modified organisms is that the genetic material might spread outside its intended area. Seeds could travel by wind or the crop could cross-pollinate with the neighbouring field.
This is what Percy Schmeiser claimed when Monsanto took him to court for growing Canola that contained their patented herbicide resistant gene. He claimed that seeds from a neighbouring field landed on his land. Eventually the Supreme Court found that Schmesier had infringed on the patent by growing the crop. Schmeiser argued that the plant was a higher life form and could not be patented. The court agreed that a plant was a higher life form and could not be patented, but the herbicide resistant gene could be. Schmeiser was ordered to remove the canola from his land but was not forced to pay any money to Monsanto. [Monsanto Canada Inc. v. Schmeiser, 2004 SCC 34, [2004] 1 S.C.R. 902]
Read more here and here
Transgenic Fish
Transgenic organisms are living things with genetic information that has been added from another species. A Canadian company has created transgenic salmon that grow to full size at twice the rate of a normal fish. (Read how here.) The laws and regulations around it are a bit murky. As it gets closer to the grocery store shelf it can give us a better idea how transgenic  organisms fit under our current laws (and any new ones).
While we wait… did you know that transgenic fish have been available for purchase in Canada already? Not in our grocery stores, but in our pet stores.
GloFish™ were briefly available in Canadian pet stores until Environment Canada found out about them. (Read more at: “CBC – Marketplace: Growing Nemo”.) The fish are obviously a bit different from the Salmon because they are not meant to be eaten.  They made it into the Canadian marketplace before getting government approval and have since been banned from being imported. GloFish™ are a genetically modified aquarium staple, the zebra  danio, that has been genetically altered to glow. The glowing effect has been added by introducing a gene from sea coral.  The example illustrates the challenges faced by our government and regulatory agencies as innovation outpaces our laws and ability to enforce them.
As science continues to advance and push legal and ethical boundaries expect to see many of these issues brought to court.