Home / Archives for living together
CPLEA has recently updated the information on Adult Interdependent Relationships at Canadian Legal FAQs.
In Alberta provincial law doesn’t use the term “common law” to describe two people who are living together but are not legally married. Instead, two people who are in a committed domestic relationship in Alberta can be in an Adult Interdependent Relationship (AIR).
Most people in AIRs are romantic partners, but the relationship does not have to be romantic to be an AIR. An AIR consists of two people who have been living together for a certain length of time, share one another’s life, function as an economic and domestic unit, and are emotionally committed to one another.
To learn more about AIRs, go to Canadian Legal FAQs or download and print this booklet about AIRs in Alberta. 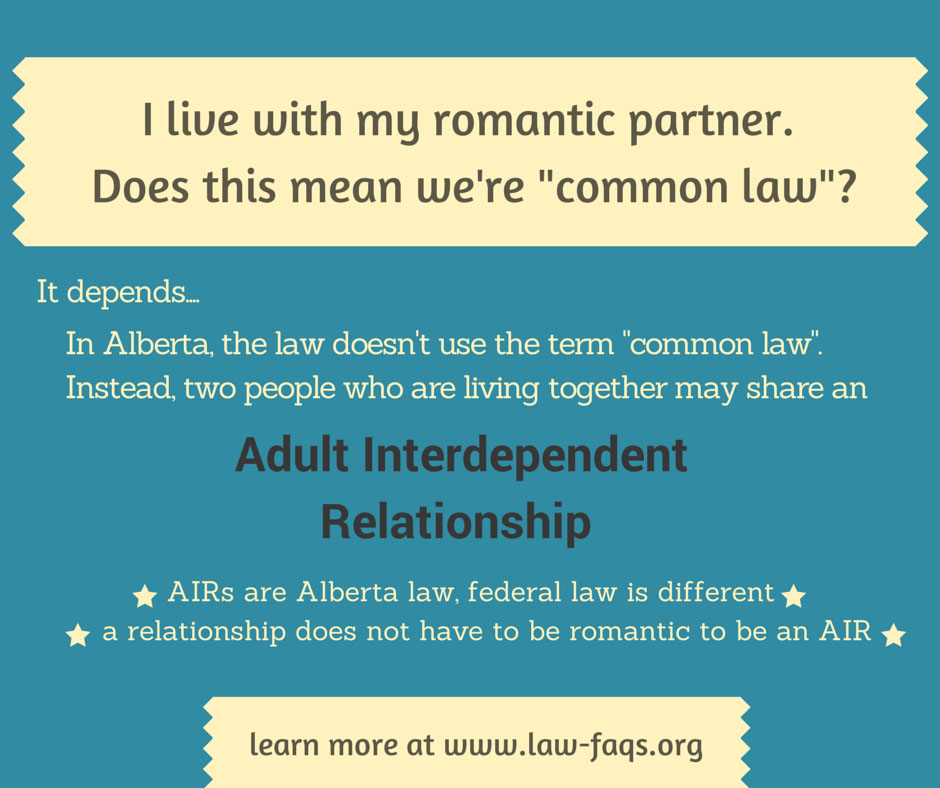