CPLEA has a collection of new resources on employment law for youth in Alberta.
Funded by the Human Rights and Multiculturalism Fund, this project was created as a way to connect new Canadians with information about their rights at work.
This project was guided in part by our previous research on Law for Alberta’s Multicultural Communities.
We spoke with newcomer youth and agencies that work with them to find out what information about employment law the youth and their families need. In many newcomer families, children act as intermediaries to pass on information, including legal information. When youth learn about their rights and responsibilities, they are not only empowered themselves, they are also able to pass the information on t 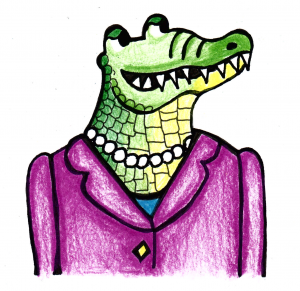 o other people in their families and communities.
When talking with the youth we heard many different scenarios and most ended with the question “Can my boss do that?” The resources we created provide answers to that question.
A variety of formats, including infographics, videos, articles, and quizzes presents the information in interesting ways and allows us to reach people of different learning styles.
The collection of resources can be found on the CPLEA website: Your Rights at Work

October 18th is the anniversary of the Persons Case, when five Alberta women won their fight to have women declared “persons” under the law. The battle stemmed from an 1867 common law ruling that “Women are persons in matters of pains and penalties, but are not persons in matters of rights and privileges.”
With her sights set on a Senate seat, Emily Murphy joined forces with four other like-minded women, Irene Parlby, Nellie McClung, Louise McKinney and Henrietta Muir Edwards, to appeal to the Supreme Court of Canada for clarification of the definition of the word ‘person’ as it appeared in the British North America Act.
Sections 23 and 24 of the British North America Act (now referred to as the Constitution Act, 1867) defined the qualifications for the Senate. The British North America Act used the words ‘he’ and ‘him’ when referring to individuals and ‘persons’ when referring to more than one individual.  The Supreme Court of Canada took the position that in 1867, the year the  British North America Act came into force, the use of the words ‘he’, ‘him’ and ‘persons’ would have been interpreted as referring only to men thus ruling women ineligible as persons qualified for appointment to the Senate and other matters of politics and affairs of state (See Edwards v. Canada (Attorney General) [1928] S.C.R. 276.).
The women, by then known as the “Famous Five”, appealed to what was then the highest Court in Canada, the Judicial Committee of the Privy Council. On October 18, 1929 Lord Sankey delivered the Council’s decision in favour of the women. In his announcement, the Lord Chancellor stated that the British North America Act planted in Canada was “a living tree capable of growth and expansion within its natural limits” (See Edwards v. A.G. of Canada [1930] A.C. 124.).  He also noted: “that the exclusion of women from all public offices is a relic of days more barbarous than ours. And to those who would ask why the word “person” should include females, the obvious answer is, why should it not?” As a result, the Council concluded that, “the word ‘persons’ in Sec. 24 includes members both of the male and female sex… and that women are eligible to be summoned to and become members of the Senate of Canada.”
The Persons Case represented a significant step forward for women’s rights in Canada. On February 14, 1930, Mrs. Cairine MacKay Wilson became Canada’s first woman Senator.  Today, there are 37 women in the Senate, representing approximately one-third of the current 105 seats.
Since 1979, outstanding individuals who have helped to advance equality for women in Canada have been recognized by means of the Governor General’s Awards in Commemoration of the Persons Case. This year six individuals have been named as recipients of this Award. The Right Honourable David Johnston, Governor General of Canada will present the Awards during a ceremony at Rideau Hall on Persons Day, October 18, 2011.
For more information on the Persons Case and its historical significance:
Herstory: An Exhibition. (1998). Law: The “Persons” Case: http://library.usask.ca/herstory/person.html
Hughes, V. (2001/2). How the Famous Five in Canada Won Personhood for Women . London Journal of Canadian Studies, 17: http://www.canadian-studies.net/lccs/LJCS/Vol_17/index.html
Library and Archives Canada. (2008). Famous Five: http://epe.lac-bac.gc.ca/100/206/301/lac-bac/famous_five-ef/www.lac-bac.gc.ca/famous5/index-e.html
Section15.ca. (2004). Persons Case: http://section15.ca/features/ideas/2004/12/22/persons_case/